The Swiss Open Grand Prix 2013 has got off to an exciting start. South Korea started well; four women’s doubles pairs went through to the next round and  men’s doubles pair Ko Sung Hyun/Lee Yong Dae, who went out early at the All-England championship to the surprise of many, were back to normal, defeating their opponents in straight games. 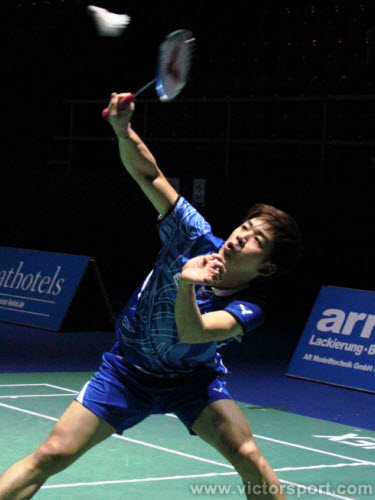 Lee Yong Dae
South Korean women’s doubles pair Kim Ha Neul/ Jung Kyung Eun took care of Indonesia’s ANDINI/HARIS in the first round, 21-7,21-18 and will face the Netherlands’s SAMANTHA/EEFJE in the last 16. Ko Sung Hyun/Lee Yong Dae won by quite a wide margin in the two games that they took to dispose of Russia’s DREMIN/LUNEV in the men’s doubles.
In the women’s singles, tournament first seed Saina Nehwal started off badly in her match last night, dropping the first game 13-21; she was however, quick to recover, and went onto to take the next two games 21-15,21-12 and win the match to go through to the next round.
Favorites to win the mixed doubles title, Indonesia’s Tontowi AHMAD/Liliyana NATSIR, knocked out German’s KAESBAUER/HERTTRICH 21-12,21-17, and will now face RUITER/BARNING in the next round.
Chinese Taipei’s players put in a good show in the first round. After men’s doubles pair Tsai Chia Hsin/Lee Sheng Mu overcame their opponents 21-10,22-20, singles players Tai Tzu Ying, Chou Tien Chen and Pai Hsiao Ma all beat tough opponents to go through the last 16 stage.
The Swiss Open Grand Prix 2013 has reached the last 16 stage. To find out more exciting tournament news, keep a close eye on the official VICTOR website at www.victorsport.com 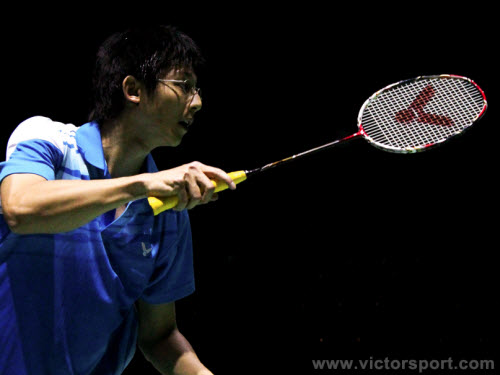 Tournament table of the Swiss Open 2013 First Round