The German Open has always been seen as a skirmish before the All-England Open and many players who aim to do well at the latter tournament use the German Open as a “warm-up.” South Korea’s Ko Sung-hyun/Lee Yong Dae, Sung Ji Hyun, China’s Chen Long and Li Xue Rui, Chinese Taipei’s Tai Tzu Ying, Tsai Chia Hsin/Lee Sheng Mu, Malaysia’s Chan Peng Soon-Goh Liu Ying  and the women’s singles player who the local fans have high hopes for, Juliane Schenk, will all compete in the tournament. 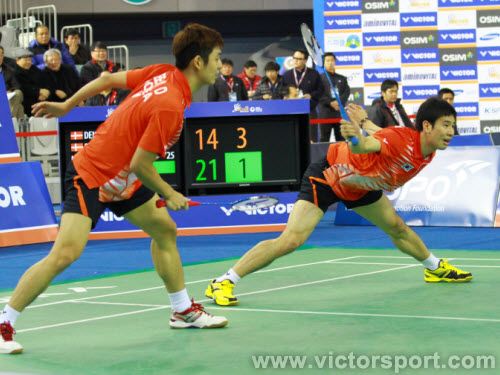 Ko Sung Hyun/Lee Yong Dae
With regards the South Korean team, Ko Sung-hyun/Lee Yong Dae are the top seeds and can be expected to have a smooth ride until the quarter final stage where they will face China Liu Xiao Long/Qiu Zi Han;as long as the Korean pair prepare carefully they should be able to reach the semi-finals at least. Sung Ji Hyun is fourth seed in the women’s singles and can be expected to face Japan’s Hirose Eriko in the quarter finals. The last time the pair met was in the December 2012 BWF Super Series Finals and Sung won in straight games. 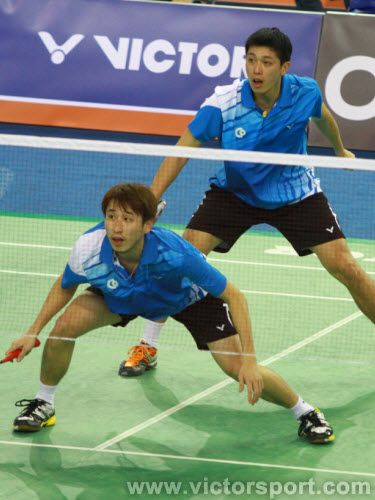 Tsai Chia Hsin/Lee Sheng Mu
Chinese Taipei’s Tsai Chia Hsin/Lee Sheng Mu will face Japan’s Hashimoto / Hirata in the first round of the men’s doubles. If they can secure this key victory they should be able to reach the semi-finals where they will face Ko Sung-hyun/Lee Yong Dae, in what can be expected to be an exciting match. In the women’s doubles Cheng Wen Hsing/ Hsieh Pu Chen won two in a row in the qualifying tournament and will face top seeds, Japan’s Misaki MATSUTOMO/ Ayaka.
The German Open 2013 is about to start. If you want to know the details about Ko Sung-hyun/Lee Yong Dae's matches and find out other important tournament news, keep a close watch on the official VICTO website:  www.victorsport.com
( Edit by VICTOR Badminton )

VICTOR is the biggest sponsor in Indonesia badminton team