On February 22 VICTOR and the South Korean badminton team completed the contract-extension ceremony at the country’s national training center. This means that the team’s player will use VICTOR equipment as they go into battle and slay all-comers in international badminton until 2017! 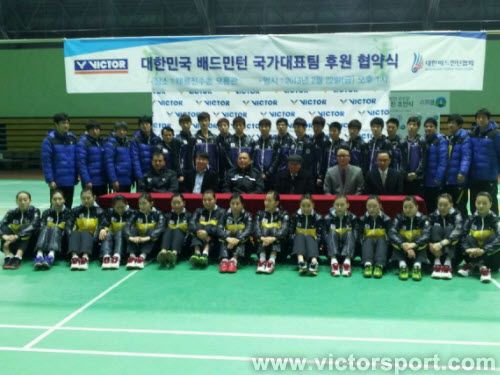