Malaysia Open : Day 3 -Child’s play for Lee Chong We, Ko Sung Hyun/Lee Yong Dae as they stroll into the semifinals

In the quarter finals of the 2013 Korean Open Lee Chong Wei brushed aside Hu Yun 21-12, 21-9 to move into the semi-finals where he will face Denmark’s Jan O Jorgensen. Lee has claimed the Malaysian Open men’s singles title eight times since 2004 and will set a new record if he can claim it the ninth time in succession. 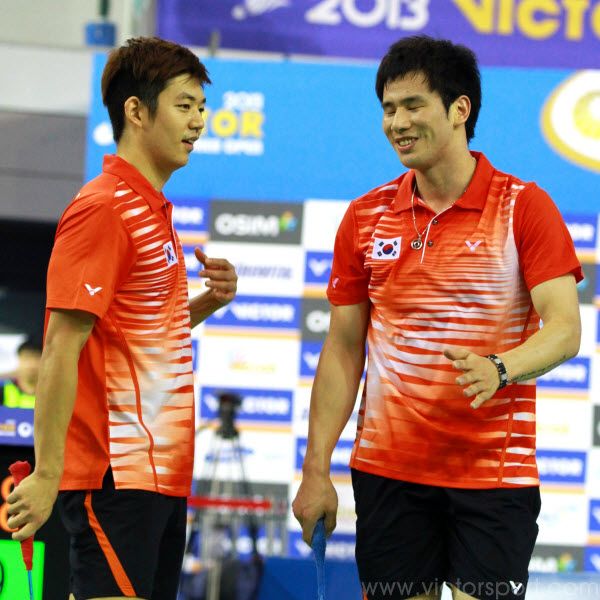 As expected, the home team’s top men’s mixed doubles pair Chan Peng Soon/Goh Liu YIng beat their team mates in straight games to go through and they will play Poland’s Robert Mateusiak/Nadiezda Zieba in the semi-finals.

As for the South Korean team, Ko Sung Hyun/Lee Yong Dae put on a master class as they crushed the fourth seeds, Hashimoto/Hirata of Japan, 21:14, 21:7, moving closer towards achieving their goal of a fifth straight tournament win. After putting her teammate, Sung Ji Hyun, to the sword, Bae Yeon Ju continued to play well and knocked out Japan’s Mitani Mitatsu in the quarter finals in two games; in the next round she will face China’s new star Xiu Yao Xue.

Chinese Taipei’s young hope in the women’s singles, Tai Tzu Ying, faced Tine Baun, a Danish player much taller than her. Tai played calmly throughout the match and, after a fierce battle lasting 43 minutes, won in two games, 22-20,21-15, to go into the semis where she will play India’s Saina Nehwal; the pair have met five times before and Tai has lost four times, these past results seeming to make her the underdog; however, last week’s Korean Open performance showed that Nehwal isn’t playing well at present; if Tai can attack at every opportunity the result is by no means a foregone conclusion.

The 2013 Malaysian Open has reached the semi-final stage. To find out if Ko Sung Hyun/Lee Yong Dae can claim another title, keep a close eye on VICTOR’s official website at www.victorsport.com