The 2013 Malaysian Open reached the last 16 stage yesterday (Jan.17). With regards to the home team, Koo Kien Keat/Tan Boon Heong had to withdraw from the match after Tan suffered a high fever, allowing their teammates Goh/Lim to go through without playing a shot; their opponents in the next round will the South Korean pair, Kang/Lee who disposed of the fifth seeds Hoon Thien How/Wee Kiong Tan in the last 16. 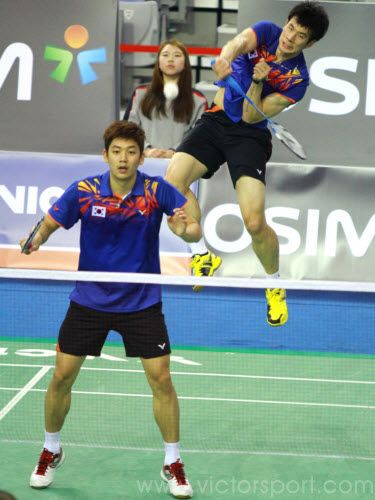 As for the Koreans, Bae Yeon Ju caused an upset by knocking out her teammate Sung Ji Hyun in straight games, 21-17,22-20, putting an end to her result period of poor results; she will play Japan’s Mitani in the next round, a player who has been on good form recently.Top men’s doubles pair Ko Sung Hyun/Lee Yong Dae once again showed how formidable they are, easily taking out Thai pair Patiphat Chalardchaleam/Nipitphon Puangpuapech in straight games, 21-14,21-13. They will play the 4th seeds, Japan’s Hashimoto/Hirata in the quarter final.

Tai Tzu Ying to play Baun
Young Chinese Taipei female talent “Little Tzu” is playing outstandingly again at the Malaysian Open. In the last 16 she faced Hong Kong’s Chan Tsz ka and played brilliantly throughout the match, taking it 21:17, 21:13 in just 27 minutes. She will face Baun, “Denmark’s “goddess of war” in the quarter finals; judging from past results of matches between the two they are evenly matched; in each of the three matches they have played three games have been required to decide the winner each time. Tai Tzu Ying will have to be at the top of her game to overcome Baun.

The Malaysian Open has reached the quarter final stage. Can Tai Tzu Ying defeat a player she calls “a female giant”? Keep a close eye on VICTOR’s official website at www.victorsport.com

Malaysia Open : Day 1 - Ko Sung Hyun/Lee Yong dae cruise through to the next round

Malaysia Open : Day 3 -Child’s play for Lee Chong We, Ko Sung Hyun/Lee Yong Dae as they stroll into the semifinals