The 2013 Malaysia Open is set to begin on January 16th. With regards to South Korean players, Sung Ji Hyun can be expected to cruise through the first round as she prepares to claim another title; she will probably play her teammate Bae Youn Joo in the last 16. 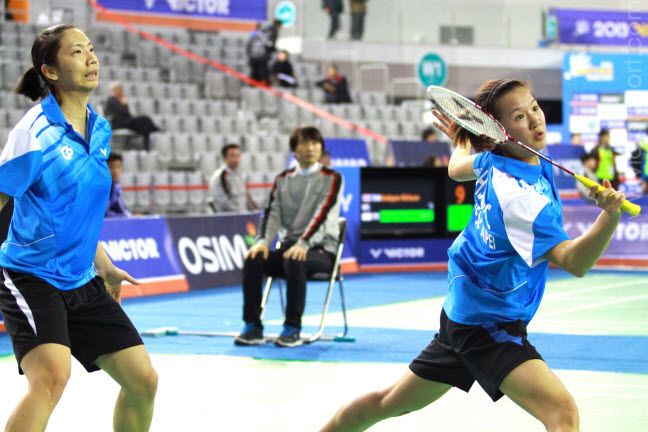 In the men’s doubles, Ko Sung Hyun/Lee Yong Dae have a relatively easy path ahead of them and won’t meet any seeded opposition if they proceed,as expected, smoothly through the rounds; however, if they reach the semi-finals they will face Malaysia’s top men’s doubles pair, Tan Boon Heong/Koo Kien Keat.

Chinese Taipei are represented by women’s singles player Tai Tzu Ying, Chou Tien Chen in the men’s singles and Cheng Wen Hsing/Hsieh Pei Chen in the women’s doubles. Chou and Cheng/Hsieh will face seeded players in the first round and are in for a tough battle.

Chou Tien-chen will play well-known Danish player Jorgensen;the two met in 2009, with Chou losing in straight games;can he take revenge four years on? Let’s wait and see. As for Tai Tzu Ying, if she plays to her normal standard she will go through and play Denmark's “badminton queen,” Baun in the quarter finals.Cheng/Hsieh are still getting used to playing with each other and have been encouraged by their coach to take part in tournaments to speed up the process of familiarization.

The 2013 Malaysia Open is about to start. For the latest tournament information please keep a close eye on VICTOR’s official website at www.victorsport.com

Finals of the 2013 VICTOR KOREA OPEN

Malaysia Open : Day 1 - Ko Sung Hyun/Lee Yong dae cruise through to the next round