In the semifinals a key reversal of a decision by the umpire took the first game away away from Tai Tzu Ying when it seemed it was hers. She went on to lose the match 24:26, 14:21 to rising local player Akane Yamaguchi who went on to take the women’s singles title. 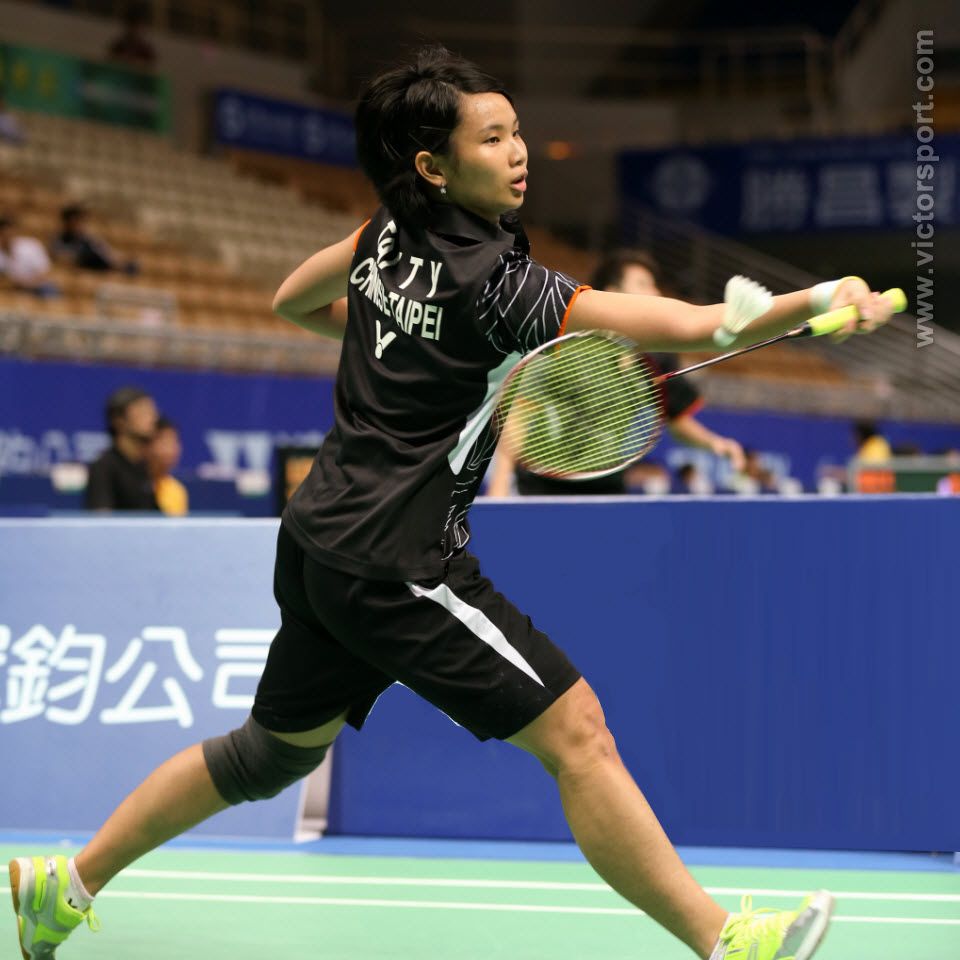 Tai Tzu Ying
Tai was the sixth seed in the tournament and progressed smoothly to the semifinals stage where she played 16 year old prodigy Akane Yamaguchi.
In the first game Tai successively used a succession of disguised shots to take the lead and had game point at 20:17. However, Tai then made several unforced errors allowing the Japanese player to level the score at 20-all. When Tai had another match point at 24:23, she forced Akane Yamaguchi to hit her return “out” according to the linesman, but the umpire overruled the decision and ruled it “in.” This not only took the first game away from Tai, her mood was also affected by this judgment. After losing the first game, one that seemed hers, she quickly dropped the second 14:21 to lose the match.

Japanese players claim a title in the country’s best showing in 32 years!

The loss of Tai made it certain that a Japanese player would win a title at the Japan Open for the first time in 32 years because two Japanese players faced each other in the final, Akane Yamaguchi facing Shizuka Uchida who had also caused an upset by beating Wang Yi Han in straight games. In the final, Akane Yamaguchi overcame her opponent in straight games to take the title.
At the Japan Open, two up and coming Japanese women’s singles players overcame players ranked well above them and even bagged both the title and runners-up spots, in one fell swoop  bringing an end to the curse “Japanese players can’t win a title at the Japan Open.” It can be expected that their progress on the international badminton scene will attract more attention from now on.
Japan’s men’s singles player Kenichi Tago also carried the hopes of the public with him into the final when he faced Malaysia’s Lee Chong Wei, a player he had never beaten in 13 previous meetings. He put up a brave effort but went down 23:21, 21:17 to take second place.

Setiawan／Ahsan take their fourth Super Series title of the year

Indonesia’s men’s doubles pair Setiawan／Ahsan’s performance this year has been almost flawless, putting together an enviable record of 28 wins and just four loses in their 32 outings this year. Yesterday, at the Japan Open they continued their success when they beat China’s Chai Biao／Hong Wei 22:20, 21:16, to take their fourth Super Series title of the year after winning at the Malaysia Open, Indonesia Open and Singapore Open.

VICTOR Becomes the New Title Sponsor of the 2013 China Open